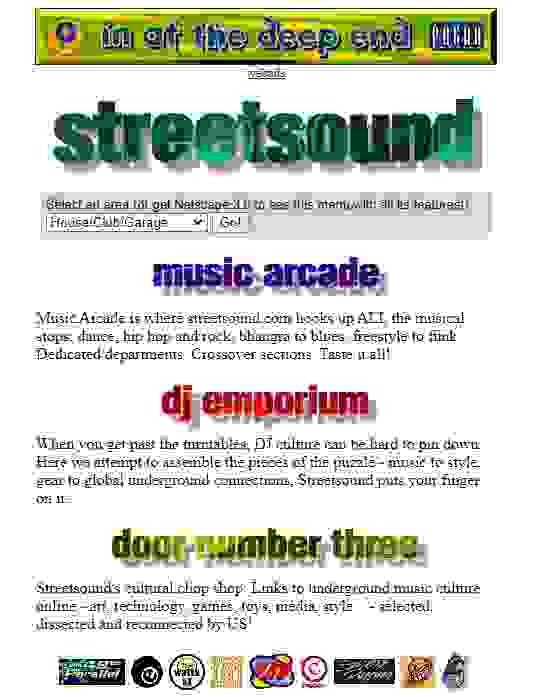 As soon as the web started to become a thing, Mike Mannix was eager to bring streetsound into the digital age. His early efforts helped established streetsound.com as a home for music coverage online. An early hit, our hip-hop style message boards took off in popularity attracting thousands of postings a week. At the same time the print issue started to struggle. Printing costs started to rise, and ad sales declined.

Luckily, the online site had caught the notice of internet pioneer Josh Harris, and just as it looked like streetsound might end its run, it transitioned into a vibrant web-tv site; streetsound.pseudo.com. With a new cash infusion, streetsound was able to publish a few more issues during those days, but eventually the workload at pseudo became too much to maintain both, and the magazine ended with issue 91.

When the print version ended streetsound transitioned into making music television shows on the web. The Pseudo era begins. Learn more about pseudo below...